Henry is great at many things. He was one of the first in his class to write out the entire alphabet from memory. He can count from 1 to 100 with his eyes closed. He even once scored a goal playing soccer (despite the fact that it bounced off Eugene Brown’s legs to get there).

However the number one thing Henry is best at, is seeing the secret world all around him.

His parents call this his imagination, but they can’t see the secret world, so of course that’s what they’d think.

The secret world reveals who people really are. For instance, Henry knows that his little sister is really a ninja spy. His grandmother is really a kissing monster that likes to slobber him every time she visits. He also knows that the neighbour’s dog can really understand him, but she isn’t allowed to talk back, otherwise all the adults would know dogs can talk.

The secret world also reveals what things really are. For example, Henry knows that sometimes in the middle of the night, his house becomes a rocket ship and flies about the stars. His treehouse is really a tower that sits high in the mountains. Even his bedroom is really a workshop filled with the most wonderful inventions.

Henry enjoys playing in the secret world with his friends at school.

Once, during recess, Henry and five of his friends became superheros. Each of them had their own secret powers, which was lucky, because one of the teachers was really an ogre that was trying to get them. Susan could fly, so she kept watch while Adrian, Michael, Charlotte, Jet and Henry snuck closer to her when her back was turned. No one could believe it when Henry shot an invisible arrow at the tree above the ogres head. At that very moment, a pine-cone fell from the tree and bopped poor Mrs Crover on the head.

Henry’s friends had all looked at him amazed, but Henry wasn’t shocked at all. Sometimes the secret world drips into the real one. In fact the more time one spends in the secret world, the more often things like that seem to happen.

Yes, Henry enjoys the secret world. He hopes that as he gets older, he will still be able to enjoy it. He has heard stories that when you grow up, you can’t see the secret world anymore. It disappears forever. However Henry has also heard that there is one exception – children’s writers. When he grows up, perhaps this is what he will be.

His parents don’t think this is a real job, but they don’t remember the excitement of the secret world, so of course that’s what they’d think. 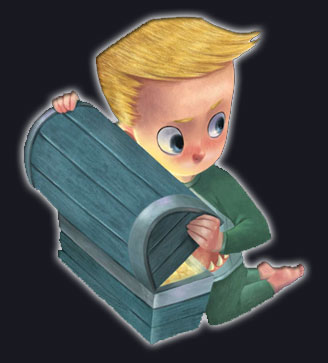 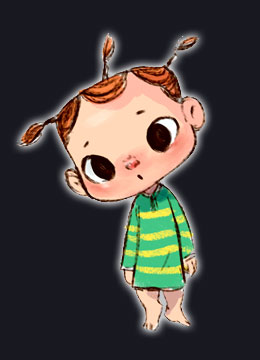 Each morning she wakes up in a deliciously warm bed. Booboo is normally already awake. He is Lucy’s pet monkey, although for some reason her parents keep calling him her teddy bear. The morning sun likes to stretch its arms through her window. Stretching and stretching until they reach her bed. The sun’s arms are nice and warm, like Daddy’s.

Daddy is often the first to come into her room. He smells fresh and his morning kiss is smooth. She likes his morning kisses more than his night kisses. By then his face has become rough and his lips tickle her cheek. Daddy has to leave the house when it’s daytime. Lucy wishes he didn’t have to go, but he apparently has to put food on tables. At home it’s always mommy who puts food on the table.

Mommy comes in next. She always smiles and lifts her out of bed. Breakfast first and then it’s time to change out of her pyjamas. Mommy once changed her into clothes before breakfast, but she then had to change her again. Mommy was a little annoyed, but Lucy really didn’t mean to spill her cereal. It’s quite hard to hold a spoon steady all the way from the bowl to your mouth. Henry does it really well. He’s good at everything. One day Lucy will be just as clever as her older brother.

Henry has to leave the house when it’s daytime as well, except Henry goes to school. He learns things there. Perhaps that’s where he learned to hold a spoon really well. Henry is funny. He sometimes plays with her, but his favourite game is hide and seek. He plays it all the time and pretends to get annoyed when she finds him. Sometimes he cheats though. Sometimes he closes his bedroom door or plays in his treehouse. Lucy knows where he is, but she just can’t get to him.

During the day, Lucy plays with Mommy but sometimes Chester or Alice come around to play too. They explore the world together and discuss the new things they have discovered since they last played together. Chester recently discovered a new game. Instead of throwing a ball at nothing, you can throw it at blocks and make them tumble. That’s important, because before this discovery, you had to use your own hands to knock blocks over. Alice also discovered that there is a place in the world called a beach. She says it is a sandpit and a bath side-by-side, but bigger than you can imagine. Chester and Lucy agreed that this was a great idea, because you always need a bath when you’ve played in a sandpit.

By the time the sun goes to bed, Daddy and Henry are both home and the whole family sits together for a delicious meal. Lucy hears about their adventures and if they’re lucky, she’ll tell them about hers. By the time she goes to bed, she’s normally exhausted. Booboo is waiting for her. He likes to snuggle her until they both fall asleep. Daddy gives her a tickle kiss and mommy says goodnight. Bed is deliciously warm and tomorrow many more exciting adventures are waiting. It really is an exciting life.

Oh, and Lucy does get up to other things too. Secret and perhaps dangerous things. But that’s another story for another time.

← Henry and the Hidden Treasure Activities Lucy and the Lonely Neighbour →