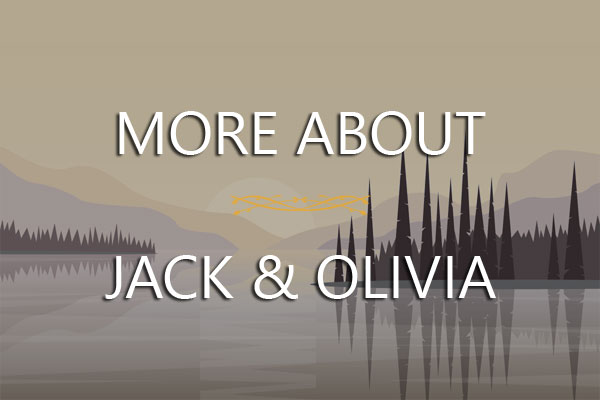 Jack would consider himself quite practical, very sensible and certainly protective of his little sister, Olivia. How could he not be?

Their father was a woodsman who would often be away for weeks at a time.
“You can’t complain about the hard life.” He would always say. “Life is meant to be hard. But if you have a family to come home to, then it’s a good life too.”

Unfortunately, a year ago, their father never did come home. Jack and his sister were put into the local orphanage, but Jack held onto his father’s words like they were his most precious possession. Olivia was the last of his family now and keeping her safe had become his first priority.

The problem for Jack, was that his sister still believed that their father was out there. Perhaps lost, perhaps on an irresistible adventure. She often wondered aloud whether he had taken a passing opportunity to find some lost treasure. She still held out hope that one day, their father would return upon a fine horse drawing a carriage laden with gold. From that moment on, they would live their happily-ever-after, just like the tales she loved.

Yet Jack, practical and sensible, didn’t have Olivia’s confidence. Rather, he tried his best to temper her expectations. Still, every opportunity she had, she would escape the strict rules of the orphanage and set off on her own adventures. She loved making new friends and she especially loved looking for clues on her father’s whereabouts. Try as he might, Jack couldn’t contain her adventurous spirit, and so the best he could do was join her.

Jack would pack what little clothes they owned into a small suitcase and together they would follow the wind to their next adventure. A few days in the dark woods, a few more investigating the surrounding mountains. They would always return to the orphanage sooner or later.

Jack had hoped that eventually Olivia would give up on her grand adventures. Unfortunately, the last time he had spoken with her, she had been quite excited about a rumour she had overheard from a traveling merchant. According to the merchant, a mysterious castle had been spotted in the north, only a few days travel from their town.

He knew there was no point in trying to keep Olivia from investigating the rumour. Yet it was hard to see her chasing after these fanciful tales. It was especially hard to see her holding on to the false hope that their father might still be somewhere out there, but Jack couldn’t complain about the hard life. Life was meant to be hard. And simply being there to protect his little sister meant that it was a good life too. 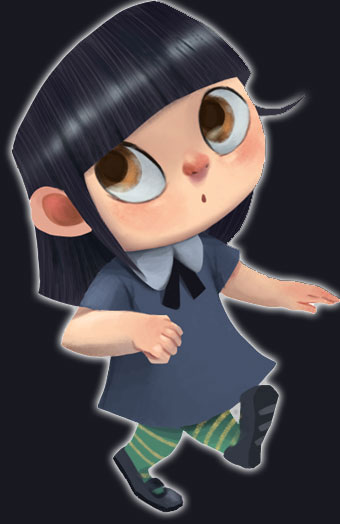 For Olivia, life was a grand and exciting adventure. She believed that if you couldn’t find a mystery to solve, a new place to explore or some kind of danger to laugh in the face of, then you simply weren’t looking hard enough.

Olivia’s adventurous spirit had seen her sneak out of the orphanage on multiple occasions. Sometimes she just wanted to get away from the boring routines or the dull interior of the old mansion. Sometimes, she was simply looking for adventures, because… well, adventures never seem to go looking for you. However mostly she would sneak away because she knew something that no one else knew – her father was still out there, somewhere.

Olivia’s father disappeared one day, leaving her and Jack (her older brother) alone in their small and isolated town. Jack had said that he wasn’t coming back, but Olivia, she wasn’t so sure.

On the night she had been told that her father and his crew of woodsmen had vanished, she had dreamed a dream so vivid that she had smelled the tree sap in the air and felt the chill in the gentle breeze. In her dream she had seen her father talking to a short mysterious figure. The figure had introduced himself as a treasure-hunter, and had asked her father if he might lend to him his services.

The figure had told her father that nearby was a cave filled with all kinds of treasure. The only problem was that it was guarded by all manner of strange creatures. He suggested that if the woodsmen agreed to protect him as they explored the cave, then they would all receive a part of the treasure.

Olivia never heard her father’s answer, but when she awoke, she was sure that he was still somewhere out there. Perhaps he was lost. Perhaps he was on another adventure. Or perhaps selling all his precious treasures for gold was just taking a little longer than expected. Whatever it was, she was going to find out.

Olivia had never told Jack about her dream though. How could she? Jack was always so sensible and he would have told her that she was being silly. If only she could find the cave, or the mysterious figure, or even evidence of strange creatures, then he would have to believe that their father was still out there too.

Unfortunately, they had never come across anything remotely strange in all their adventures. Well, until recently. Last night, Olivia had heard a rumour that a strange castle was spotted a few days from the town. It was probably just some old ruin, but she was keen to check it out. She would invite Jack along of course – he seemed to enjoy going on her adventures even if he didn’t believe that their father was still out there.

She just wished he wouldn’t be so nervous every time they got too far from town. He didn’t need to worry – she’d protect him.