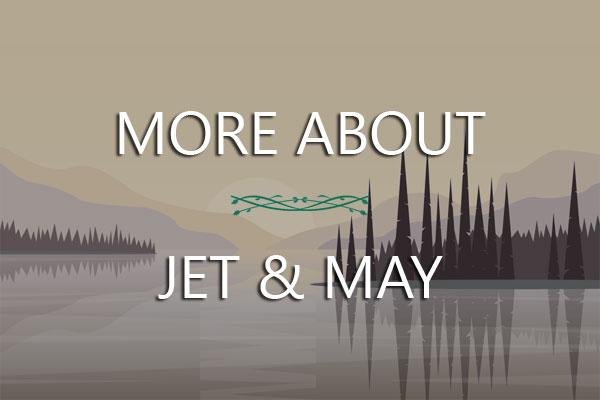 Firstly, he loves his parents. His father works all day on their small farm while his mother writes mystery novels in their sun-filled attic. Jet loves the fact that both of them are all too happy to stop their work and play with him when he asks. In turn, Jet tries his best to help out around the house.

Thirdly, Jet loves his home. Living on a farm sure lends itself well to playing. There are always different animals to spy on or speak to. There are meadows, and glades to explore. And there are real-life adventures around every corner. Jet could spend an entire day wandering around the farm and letting his imagination run as wild as the long grass and gnarled trees that surround the large wooden house.

Secondly, he doesn’t much like cleaning out the stables. He loves the horses his father keeps, but it’s a lot of work keeping the stables in order. When he gets older he will invent something that cleans the stables automatically. He’s not sure why someone hasn’t invented anything like this yet. It seems so useful.

Thirdly, and quite possibly the thing that Jet likes the least, is homework. Jet knows that homework can help him learn, but it never seems as exciting as playing and using his imagination. Often he will try his best to finish his homework but when he sits down at his desk, generally all he can think about is playing. It probably doesn’t help that his desk is beside a large window that looks out over the most beautiful landscape.

Yes, it’s during these times – and only these times – that Jet would do anything to skip his homework. Even if it means eating a bowl of radishes. 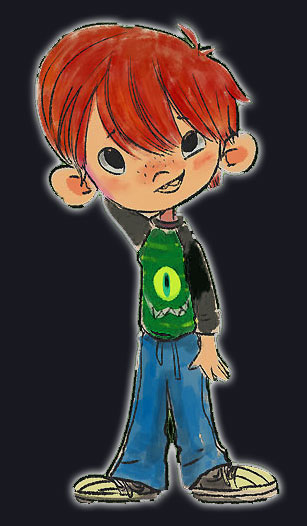 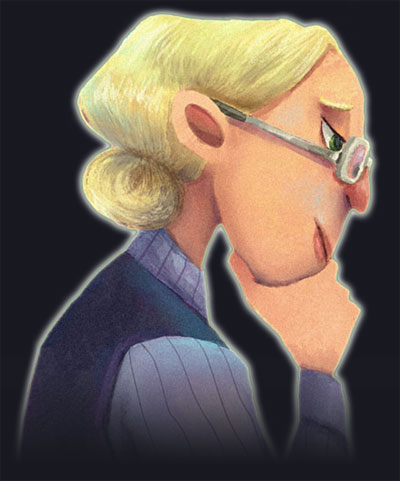 Mrs Edith Buttercup May has been a school teacher all her life. She couldn’t imagine doing anything else. In fact she has been teaching for so long that she has seen her young pupils grow up and have children of their own.

Ask anyone, and they would describe Mrs May (and even the adults call her Mrs May), as caring and patient. Yet they would also contend that she has a no-nonsense presence about her.
“Teachers must be careful at all times to remain tepid.” She was known to say. “They must be warm with their affections, yet cold in their expectations. A child must not only feel valued, they must learn.”

Despite Mrs May’s experience with teaching, she often spends her holidays refining her curriculum and reading up on new teaching ideas.
“A teacher must continue learning with the same drive that she expects her own students to display,” she would generally advise new teachers. And learn she does…

At the beginning of her teaching career, Mrs May felt that the education of each student fell entirely on her shoulders – that the sum of a child’s education began at 8.45am and ended at 4.00pm each weekday. Now, she does everything she can to give each parent a starring role. These days she feels just as much a teacher to parents as she is to her students.

Perhaps though, the only thing that Mrs May has never changed, is her view on homework.
“Start them young, and they will see homework as part of their regular routine.”
Unfortunately she always has one or two students who struggle to establish this routine.
“And that’s okay.” Mrs May has said more than once. “Gentle perseverance, more than anything else, is a student’s greatest friend.”