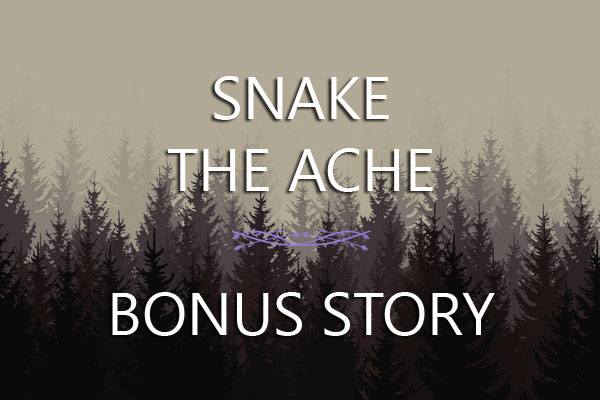 It was another cloudy day for Snake. The rays of the morning sun tried their hardest to reach the ground, but the best they could do was brighten the clouds with deep reds, oranges and yellows. Snake looked out the small window from his tired and run-down office on the corner of Tickles and Main. Long ago his office was bustling with activity and he was one of the most popular Niggles in Nigglesville. Not anymore. These days he would be lucky to find a job once every week or two.

Snake took a gulp of his morning Niggle Juice and sighed. It looked like it would be another day of sitting around. These days Snake was a Niggle no one wanted. In fact, most people did everything they could to avoid him.

See, Snake wasn’t a dull ache like Jake – most people could put up with a dull ache. He wasn’t even an uncomfortable ache like Rake. No, Snake was a painful ache. You know, the kind of ache you have when you ignore an injury for too long, or when you twist your ankle or land hard on your elbow.

Well that was Snake, and these days’ people had ways to keep him far away. There were medicines and tablets and heat-packs and cold-packs. There were massages and needles and bandages and band aids.

No one liked a painful ache and so these days Snake found work hard to come by.

Suddenly the telephone rang. Snake almost spilled his Niggle Juice in surprise. He quickly composed himself and picked up the receiver.
“Hello?”

Snake leaned forward again. If Rake was there, then it probably meant that someone was ignoring a problem.

“So what’s the situation?”
“It’s little Susy. She hasn’t been brushing her teeth and she now has a small cavity.”

Snake had seen this before. It wasn’t pretty. He stood up and took a deep breath.

As quick as he could, Snake opened his Painful Ache Contraption Cupboard (or P.A.C.C. for short). Each contraption helped him to tailor his aches. He looked over the options.

Stomping about in pain? No, probably not strong enough.

Rolling on the floor in pain? No, that’s better for aches and pains in the legs.

Screaming in pain? Hmm, probably a little too strong. Besides, screaming hurt his ears.

Aha! Crying in pain. That would probably do the trick. He placed the contraption in his bag and raced outside. In moments, he had called a taxi and soon after, he was at the front door of little Susy’s house.

It was Jake. He rushed up to Snake with a concerned look on his face.

“Hi Jake. Where’s Rake?”
“He’s still doing his best to give Susy an uncomfortable ache.”
Jake didn’t look happy. Obviously Susy was still doing her best to ignore him.
“Unfortunately, I have even worse news.” Jake took a deep breath. Today is little Susy’s birthday!”
Snake narrowed his eyes at Jake. “Are you sure?”
Jake nodded.

Snake looked into his bag. Perhaps he should have brought a stronger contraption with him after all.

They both walked inside. It was even worse than Snake had imagined.

Now, to most people, tables filled with cakes, pies, tarts, desserts, cookies and chocolate fountains might seem like a dream. For Snake though, it was a nightmare.

See, toothaches were often caused by bad bacteria and the bad bacteria’s favorite food was… sugar!

“What do you want to do?” Jake looked at Snake. He was just as concerned.
Snake smiled.
“I have an idea.”

That night, little Susy was super-tired from her big day. She sleepily climbed into her soft bed and prepared herself for a long and delicious night’s sleep.

Her mom quietly came in.
“Did you remember to clean your teeth?” She asked
“Uhuh.” Susy lied, making sure she covered her mouth with the bedsheet.
“Well, goodnight then sleepy head. I hope you had a great birthday.”
Her mom blew her a kiss and closed the bedroom door.

Behind the door, Snake was waiting. It was time to get to work.

He waited until she was about to drift off to sleep, before he reached into her mouth to check the cavity.

Little Susy’s eyes shot open. She placed her hand up to her jaw and winced in pain. Snake let go of her tooth and once again waited. Soon enough, little Susy’s breathing slowed and she began to drift off to sleep.

Again, he reached into her open mouth and touched the tooth with the cavity. Just like before, little Susy’s eyes shot open. This time she whimpered, but still she tried her best to fight the pain. Snake let go. It was time to try something else.

This time, he waited until little Susy had fallen fast asleep. He pulled his Painful Ache Contraption from his bag and pointed it carefully at little Susy’s bad tooth. Slowly he pressed the ON button.

“MOMMY!” Little Susy woke with a start and began crying.

Her mother opened the door and walked in.
“Are you okay sweetie?”

Little Susy shook her head.
“My tooth hurts.”
Her mother sat down on the bed.
“That’s strange.” Her mother said. “Have you been brushing your teeth properly?”

Little Susy looked quite sorry for herself.
“I haven’t been brushing my teeth. It’s too hard.”

Her mother sighed.
“I think you will find a toothache is much harder.” She replied. “Tomorrow morning I will take you to the dentist, but right now, I think you had better clean your teeth.”

Snake was putting away his contraption just as Jake and Rake walked in.
“I see you were able to get little Susy to clean her teeth.” Rake smiled.
“And they are seeing the dentist tomorrow too.” Snake smiled.

“Finally!” Jake exclaimed raising his hands above his head. “So what are you going to do now?”
“Now?” Snake thought. “I will stay with little Susy for a few more days.” A big grin broke out upon his face. “Just in case she forgets to brush her teeth again.” 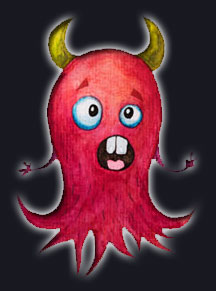