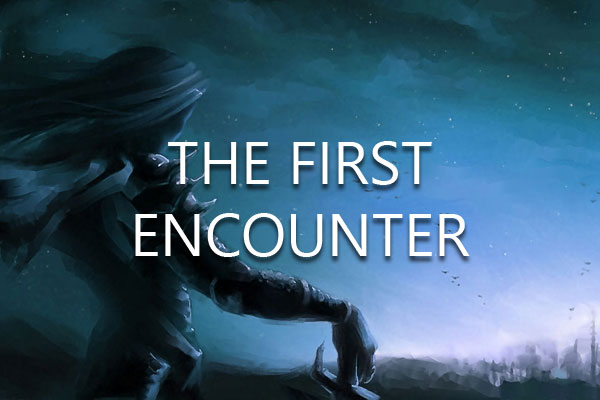 An Excerpt from The Battles of Shadowcliff

Rain gently touched Idrahar’s face. It felt soothing and kept her attention on the present. Nothing else existed in that moment. Nothing else mattered. For as long as she kept her eyes closed and her face skyward, the rain would provide for her a most pleasant distraction. She sighed. Distractions calm the mind but cost the future. Her father would often repeat this to her as a child. She wondered whether he would have made an exception for moments like these.

She righted her head and opened her eyes. Before her, about twenty others stood crouched on the ramparts of the Elverstill. Each person had their shoulders pressed against the grey stone despite its biting cold.

Almost everyone within the city walls had known this moment would eventually come, but no one was truly prepared. Most had preferred to dwell on happier moments than to give their last days thinking about the impending battle.

Distractions, after all, calm the mind.

None of the rain drenched figures were soldiers – in fact many of them were barely magi. Crouching there, beside Idrahar was Elk. She was shivering violently, although Idrahar doubted it was because of the cold. Her eyes were wide and she kept looking up at her – perhaps hoping for some kind of assurance. When none came she would look away for a moment before returning her gaze – eager for even the slightest expression of hope.

Elk was only a dilettante, not a true mage. She had spent two years intently studying a forbidden book she had paid for with almost everything she owned. It offered her the promise of healing her brother from an otherwise incurable ailment. It had worked, but her brother, upon learning how he had obtained his newfound health, had turned her in to the local priests. It didn’t seem fair at all.

Only by sheer luck and with the help of her mother, she escaped and made her way to the Elverstill. Unfortunately her story wasn’t unique. Many along the wall knelt with similar tales of only brief magical experience. They were scarcely magi, but they would nevertheless be attacked as though they held great power. And so Elk huddled in the dark – barely able to heal and certainly unable to fight.

A hand touched Idrahar’s shoulder and she looked up to see Armac. It gave her some comfort to see one of the priests at the walls. For many years, seeing a priest at all was a rarity. They knew what was coming and had spent a great deal of time in the bowels of the Great Hall forging mysterious enchantments and engaged in difficult ritual magic. Idrahil knew enough about ritual magic to understand that forty experienced magi all taking part in the same ritual was a big deal. She didn’t even think rituals existed that called for more than six. She hoped that whatever they had planned would occur soon. Armac gave her a reassuring smile and then looked over her position to the land beyond the Elverstill.

Idrahar didn’t need to share his view to know what he would have been witnessing. She doubted that there had ever been a gathering of this many soldiers in one place before. Certainly not in these lands. Behind the army would have been the most feared of them all – the Inquisitors. Magic would affect the soldiers, but it would be useless against the Inquisitors.

She watched as Armac walked the line. He rested his hand on each person’s shoulder and looked them in the eye. Elk was visibly calmed when he smiled at her and seemed to almost immediately stop shaking. Armac was powerful so Idrahar guessed that he had used some kind of subtle magic to help her nerves.

“Defend the Elverstill until High Blood.” His words were deep and appeared to surprise most at the wall. “Then you will have defended her for all time.” He turned and made his way back in the direction of the Great Hall. Idrahar wondered if he had given the same cryptic encouragement to other groups at different parts of the wall.

“I don’t even know what that means.” Elk appeared worried, but her shaking hadn’t returned.
Idrahar looked up at the sky.
“Tonight is a blood moon, which means Utu, Enki and Sin are aligned. It will reach its height a little after midnight.” Looking back down, she made a face. “The problem is that the moon remains hidden by the rain clouds.” Elk stared at her. She still looked confused but managed to nod vacantly. Idrahar smiled.
“Just follow my lead.”

She inclined her head once more and let the rain offer her one last distraction. She was one of the few magi at the Elverstill who had experience. She was strong. Not like the priests were strong, but she could put up a fight. She was fortunate to have known Old Isper, a widow in her village who knew quite a bit of magic. She taught her in secret of course, but Idrahar was a quick study, and by the time her village was raided, she had acquired over fifteen years of magical training.

A fiery explosion jolted her from her state of reverie. Her eyes sprang open to see a cloud of fire billow up from the wall of a nearby building. It had begun. Taking a pace back from the wall, she prepared her mind. And just in time. Elk screamed as another ball of fire fell upon their position. Idrahar stood and raised her arms. The fireball stopped motionless in the air still dripping flames. The air rippled with energy and suddenly the ball hurtled back toward the surprised army below.

For the first time, Idrahar saw the expanse of soldiers below. There must have been thousands. The flaming torches each soldier held, made the closing ranks look like a sea of fire. The fireball landed among a number of them and exploded as it impacted the ground. Even from her vantage, she could hear distant cries, as those in its vicinity struggled to comprehend the turn of events.

For most of the gathered soldiers, it was their first encounter with magic, and for many of them, it proved terrifying.

← The Last Refugee Letter To Rylar →